TO: ALL MEDIA
FROM: TOM FORKIN FOR MAYOR / FRIENDS OF TOM FORKIN
DATE: April 7, 2021
RE: HOMICIDE / CRIME SPREE ON AC BOARDWALK
To address the recent homicide and Crime Spree on the Boardwalk, AC GOP Mayoral Candidate TOM FORKIN recently met with Merchants to discuss their concerns and his plan to remedy.
The FORKIN Plan is to create three NEW Police Sub Stations on the Boardwalk where officers may muster and use as a base directly on the boardwalk.  This combined with revised community policing and foot patrols shall establish a substantial increased and much needed Police presence on the Atlantic Cityś Historic Boardwalk.
¨As the Former ACPD Legal Advisor, under Mayor Whelan, I can note that there are approximately 220 LESS Men & Women on the Department than when I served the City"Forkin noted.  ¨Our Boardwalk Merchants have been complaining about the escalating crime on the Boardwalk for FIVE YEARS, as have I, which is one of the reasons I am running for Mayor¨.
¨Simply put, people will NOT come to Atlantic City if they do not feel safe. Our present Mayor and Council have been complicit with the State Takeover which has been a train wreck for the residents and Tourism Industry here in Atlantic City and the Region.  The gross understaffing of our ACPD & ACFD is a perfect example of that¨. Forkin noted.
Forkin proposes the immediate hiring of 150 additional officers, of which would be paid for with a portion of the Luxury, Room and Parking Tax that the State presently takes 100% of to the tune of 90+ Million Annually.  ¨Mayor Small simply proposing 20 new Police Officers and a dozen class 2 officers will NOT remedy the manpower shortage as that merely covers the attrition rate of officers retiring or leaving other departments.  Which is unfortunate as Department morale is at an all time low, due to the City / States mismanagement of Public Safety in Atlantic City.  This is clearly evident by the necessity of both ACPD and ACFD filing legal action Against the City / State.
If elected Forkin guarantees to bring back Civil Service and delegate the appropriate authority to the Chiefs of the the Departments to run the ACFD & ACPD accordingly, removing politics from the equation.
Friends of Tom Forkin
1 Starboard Court
Atlantic City, New Jersey
609-515-4969

NOW THAT THE REFERENDUM HAS BEEN DEFEATED,

Now that the referendum has been defeated in Atlantic City, Democratic Primary Mayoral

Candidate Jimmy Whitehead is poised to make his official announcement next week.

recovery and non-casino jobs. I do not owe anyone or any special interest group anything, I

only owe the people of Atlantic City the best possible representation, which is long overdue.”

On the referendum: “We just experienced an unprecedented attempt by outside interests to

change Atlantic City’s form of government. The referendum was possible because it is obvious

the city remains broken, but fortunately the People of Atlantic City recognized we need to

control our destiny. Now it is time to roll up our sleeves and give the all Atlantic City the “good,

and needs. I want term limits on local seats also. The same people in office have led us where

we are, with over 40% residents living in poverty.

development, and needed reform within all departments of Atlantic City. We are a service

oriented city, and cannot get service from our city hall. Additionally, Jimmy Whitehead’s 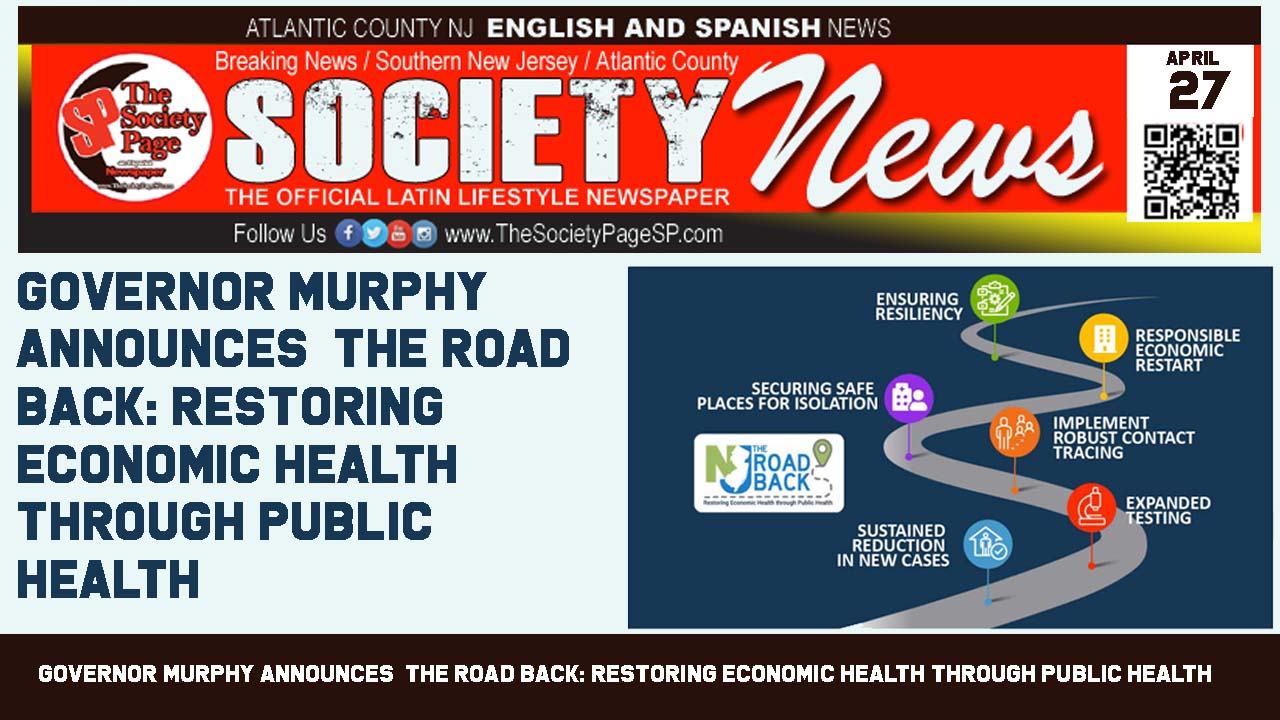 “Our priority is to use science, data, and facts to put New Jersey on the road to recovery. In order to restore economic health, we must first promote public health,” said Governor Murphy. “These key principles and metrics are critical for giving New Jerseyans confidence that we will re-open our state with our public health protocols firmly in place and our health care system prepared. Restarting New Jersey’s economy and returning people to work will be done methodically, strategically, and responsibly.”

Governor Murphy’s stay-at-home Executive Order, which has been in effect since March 21st, will remain in effect in its entirety until further notice. The following six principles and key metrics will guide the process for lifting restrictions and restoring New Jersey’s economic health through public health.

Principle 4: Secure Safe Places and Resources for Isolation and Quarantine 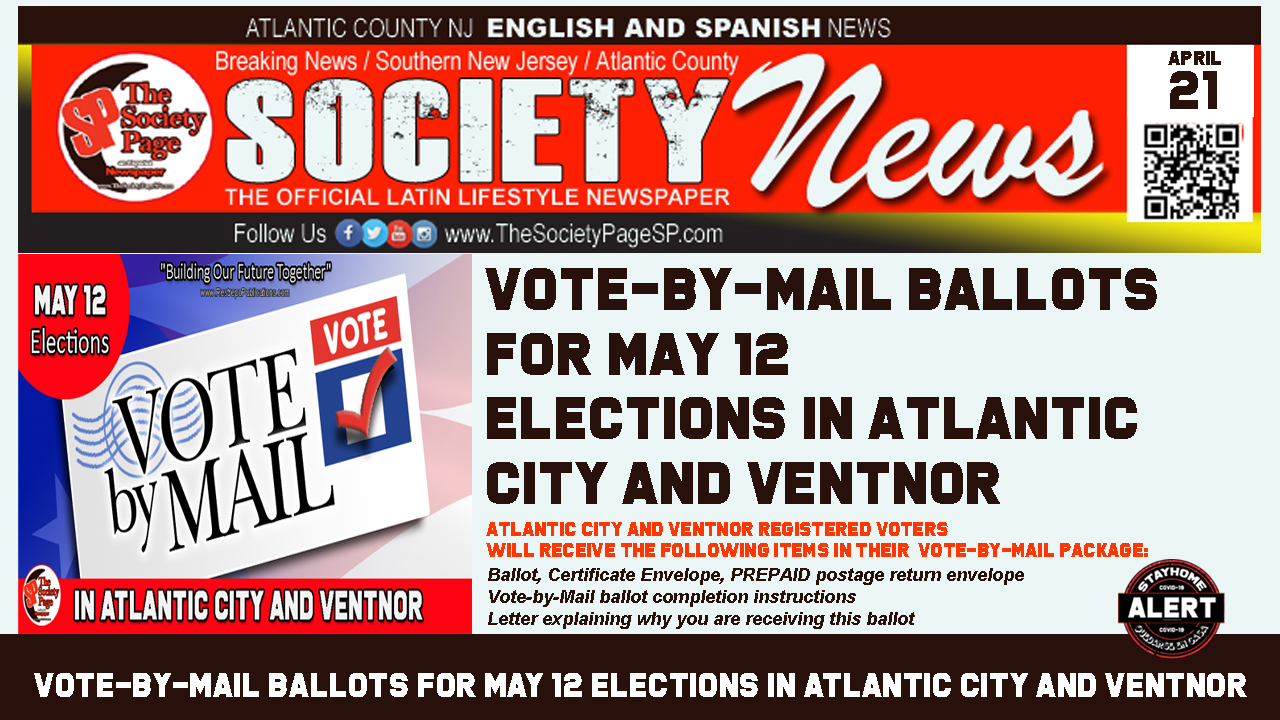 Atlantic City and Ventnor registered voters will receive the following items in their Vote-by-Mail package: 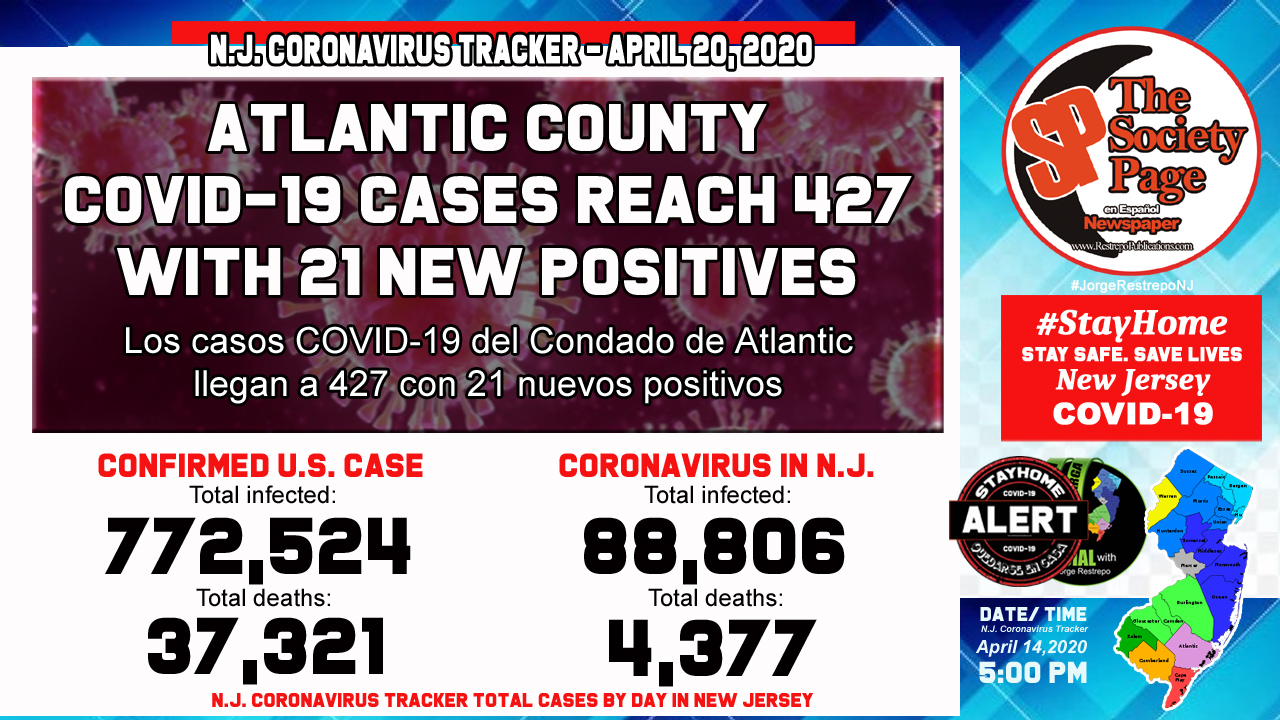 Atlantic County health officials have confirmed 21 more positive cases of COVID-19 as of this morning, Monday, April 20, to bring the total number of cases countywide to 427. The number of fatalities related to COVID-19 remains 19 with no additional deaths reported.

Atlantic County will resume drive-thru testing for symptomatic, county residents with a doctor’s prescription on Tuesday, April 21 and again on Thursday, April 23, 10 AM – 1 PM each day. The testing site is located behind the Hamilton Mall in Mays Landing.

In addition to the doctor’s prescription, residents must also provide proof of residency, such as a driver’s license or utility bill, as well as the appointment confirmation. Appointments can be made online at: www.aclink.org.

Those who are unable to keep their appointments are asked to cancel so that others will have an opportunity to be tested.